You know what I hate? People that are in your shit and they have no reason to be. You know what I hate more than that? People that purposely steps in shit and then they complain that it stinks. I was at the doctor’s office the other day minding my own business. In the waiting room, there was me, two women sitting next to each other and appeared to have become BFF’s while waiting (we’ll call them Perp 1 & 2), and another woman across the room with her toddler (we’ll call her the victim). There were also a couple of men in there but I think they were waiting for their spouses. Their completely insignificant to this post so I won’t even bother with them. So, the victim as I mentioned was with her toddler, who was in a stroller. Also with her is a McDonald’s bag and in it was some nuggets she was feeding to her child. This was around 1 o’clock in the afternoon, so I’m guessing on her way to the doctor’s office, she did a drive by at McDo and ordered her hungry child some, grasp for air, nuggets.

She got up and pushed the stroller when the front desk called her name. Not even a few seconds later, Perp 1 & 2 looked at each other and shook their head. They said something to the effect of, “How dare her buy her son some nuggets. She is an awful mother and should be burned in hell for such an atrocious crime.” Ok, maybe not exactly like that but you get what I mean. Perp 1 says to Perp 2, “Can you believe that? What kind of mother would feed her son McDonald’s?” Perp 2 says, “The kind that doesn’t care about her child’s well-being.”

Then, they had the audacity to lure me in their conversation assuming I am in agreement with their verdict by asking, “Don’t you think so?” I looked at these two women and said (with my neck rolling and index finger circling the air), “You should be ashamed of yourselves. How dare you judge her and her parenting skills? You know nothing of her situation, but let me tell you about mine. I have a son that at 3 years of age has no language. He has melt downs because he can’t express himself. I have to play a guessing game for everything he might be asking me, and sometimes, just sometimes, when my husband is not able to be at home to watch him, I drive to McDonald’s and buy him some nuggets so that I can keep him quiet while my vagina is being invaded by a stethoscope. And you know what else, my son’s diet consists of healthy and nutritious meals for the most part. I’d hate to be judged for doing something once every six months. It’s hard enough raising a typically developing child, imagine raising one with special needs. So I hope the next time you judge another mom and think you’re some kind of a stuck up Fast Food Nazi, you think about what her situation might be because you obviously have no clue. The sad part is, had she brought her son in here with his melt down and cried the entire time, you’ll be judging her for that too and saying something like, ‘Oh no! She can’t discipline her child. She should be hanged to death.’ So why don’t you learn to shut your face because no one’s calling you ugly bitches.” in my head. What I really said was, “Yup, just awful” while shaking my head. And yes, I am ashamed and should be shot.

I really wanna sue Lifetime. They have misled me. They created an image in my head that getting pregnant and having babies is a wonderful joyous event. You too TLC. Your day is coming. But for now, I’m gonna stick with LTFW. Yes they show you the throwing up part and the getting up in the middle of night for some ice cream and your baby daddy has no choice but to drive in the middle of the night to satisfy your craving, which by the way, never happens. I think it was just invented by some pregnant lady because she was too pissed off she had to be the one to carry the child for nine months and somehow push that watermelon out of her Pek-Pek (Vagina). I say good for her. But I was unlucky enough to not have taken those days for granted. Probably because my husband was deployed during my pregnancies, yes you heard right. Both pregnancies. If I didn’t know any better he planned that shit so he doesn’t have to be around his hormonal loco wife. I guess I don’t blame him. I would have done the same if given the opportunity.

Yesterday after hitting the gym so hard, I decided to look at myself (body) in the mirror to see if there’s any hope to getting back to what I used to look like. And as it turns out, there isn’t. I mean, even if I get back to my old little self, there’s all these excess skin on my belly. It’s almost like that episode of Jon & Kate Plus Eight, where they showed her belly from carrying a total of 8 babies, except mine is minus 6 babies. I have stretch marks that not even Strivectin SD can get rid off. It seems like my only option would be to do what Kate with a K did. Surgery. But I’m in a predicament because my husband has only committed himself financially for a boob job. It looks like I might have to hit the streets to make some extra moola but who would want to have sex with someone that has a beer belly and doesn’t even drink beer? I also thought of maybe starting a foundation, charging $200 a plate. But considering I really don’t have many friends or connections, I won’t make enough to cover the whole procedure.

So I’m left with only one option. The American way. This is after all, the land of opportunity and since I’m an opportunist, I am going to sue someone. I can’t sue my kids because well, that’s like stealing from my self. The same goes for the husband. Maybe my Primary Care doctor for not warning me about the side effects of children. I mean, if I were a doctor and some lady walked into my office telling me she and her husband are thinking of having a baby, I would be like, “Well, Some Lady, kids are cute when they are babies. They also make for great excuses, but my job is to inform you of all the plus and negatives of babies. Since I’ve mentioned the pluses, here are the side effects. Insomnia, Wrinkles, Hemorrhoids, Migraines, Weight gain, Stretch Marks, Loose Skin & Pek-Pek, Hormonal Imbalance, Stress, and that’s only the beginning, should I go on?” Then I would have been like, “Oh hell to the no Doctor! Say no more! I’m keeping my bad ass body and my sanity.” But she didn’t warn me about any of that. And I’m positive she knew of all the side effects. I think I might have a case. Suing her would probably get me a little fortune but I always aim high and I am going for the big one! Lifetime TV. So what do you all think? Do you think I can win? Any suggestions? And just in case you’re wondering, here’s exhibit A. Before and After pics. You be the judge. 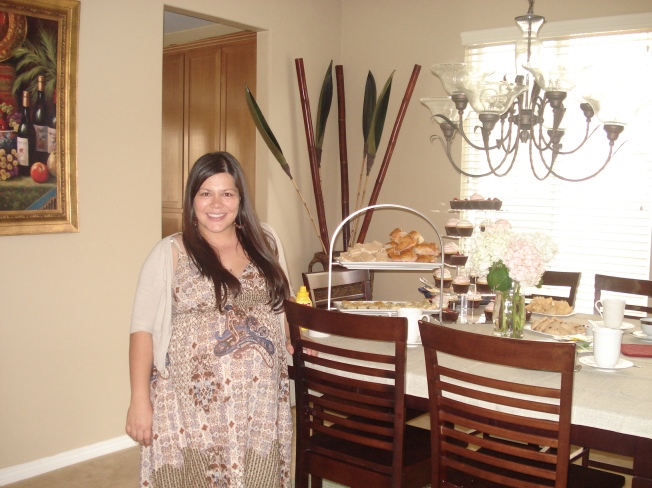 What’s up cornflake? I know. I know. It’s not exactly a four letter word. Give me a break here. It’s been a rough day. So rough that I’ve come to the conclusion that people are assholes. Here’s my conundrum. I have been living in SoCal for the last four and a half years and I have yet to make friends. It’s not that I don’t try, mind you. I have. And it’s not that I don’t have any friends, because I do. When we lived in San Diego, I managed to make a couple of friends. But one moved away to Arizona, and when we moved inland, driving over an hour to visit my two other friends just seemed like a daunting task. But we have been in our new home for the past year and a half and so far nada. For the longest time I thought it was me. Maybe I come across too desperate. Maybe I should have waited a few days to call. Or maybe I’m too intimidating. Maybe I act too good. But no, that’s not why. I’ve come to realize that people here are just superficial. Bunch of flakers. I thought maybe joining the gym would help, but nothing there either. I’ve joined a couple mommy groups, but it’s the same result. I meet someone I think I might have something in common with, even went out on a first date, and that’s it. I don’t get asked for a second date. The sad part is that if I come across these flakers today, they would say something like, “Oh my God. We should totally hang out. It’s been a long time. Let’s plan something.” And then, like an idiot, I would fall for it. So what do I do? I make plans. And then they either cancel or don’t even fucking bother to show up. At least call me, or text me if you’re too lazy, because unlike you, I allot my time accordingly. It’s just rude! Maybe it’s a Southern California kinda thing because where I’m from, in NorCal, we don’t do shit like that. We respect people, and their time. And I think I’m mature enough to know that not everyone is going to want to be my friend. I’m okay with that. But please, don’t look me in the face and make plans with me, all the while knowing you have no intention on coming through. Trust me, I won’t be running and crying home to mommy because you don’t think I’m cool enough to hang out with you. Next time you see me, just say hi and let’s leave it at that. Word to your mother.

So, what brings you here? Looking for an exciting read? Or are you just bored? To tell you the truth, my life is not all that exciting either. I just make it seem like it is. I puff it up. Really. I do. Sooo, what do you want to know about me? I’ll start off by telling you all the cool, nice things about me. If this were a dating site, this would technically be our first date, so I must represent myself in a manner that would make you want to come back for more. Yes, I am expecting a second date. I am not going to divulge everything about me right now, that would require some wining and dining on your part.  But to sum it up, I’m pretty awesome and quite attractive. I’m not joking. Go ask my husband. You may not see my cheek or collar bones at the moment, but I am in there somewhere. But, I am a work in progress, contrary to popular belief of my being perfect. Everyday is a struggle to lose weight. If I can sue my kids for ruining my nice boobs and “baddaaww” body, I would totally do it. They have completely ruined me. So on top of having to clean up poops and throw ups and making meals and cleaning house all day, I also have to hit the gym so I that I may see a glimpse of the old hotness I used to be. I’m sure my husband is eagerly awaiting for her return. I’m gonna have to keep it short for now. You’ll have to come back if you want to know more. Ciao. That’s Italian for hello or goodbye. You know, like Aloha.